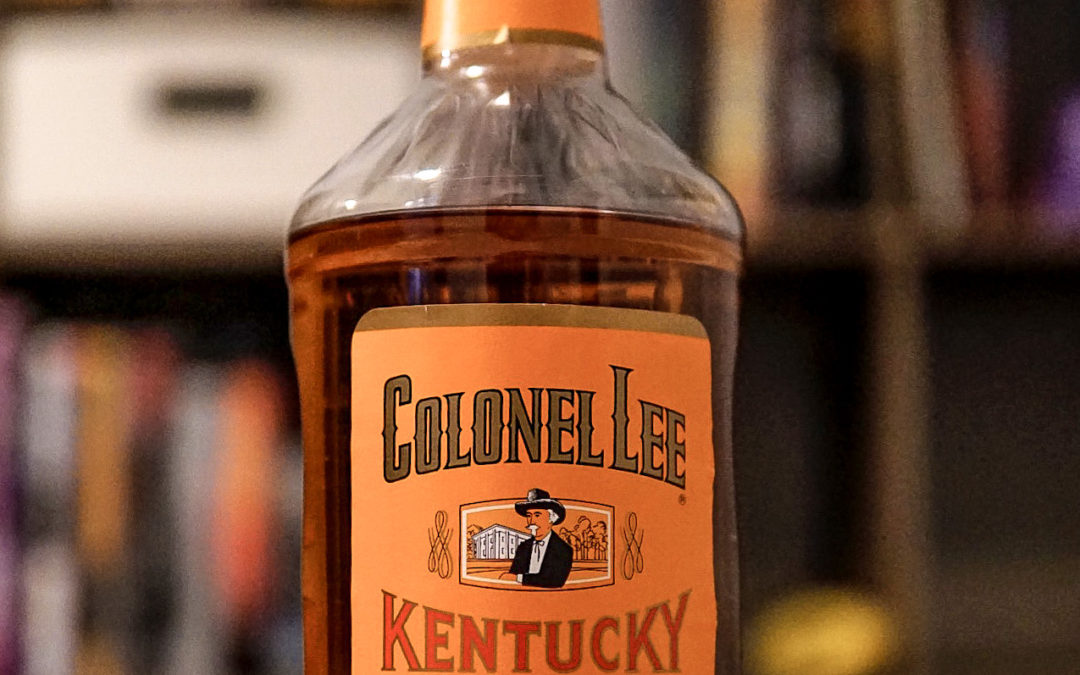 Finish: Medium length. Notes of black tea, hint of fresh flowers, cinnamon, and brown sugar hit the palate up front. Brown butter, banana, and peach hit mid palate and carry on through the back end, turning into a surprisingly nicely spiced finish. Hints of cinnamon, ginger, and vanilla are very present.

The ginger is more along the lines of a Canada Dry than real ginger – the vanilla syrup at the end is a nice touch to help ease up the floral notes on the front. For fans of bitter oak and banana this finish is for you.

Overall: for a $22 handle from Total Wine – not a lot can be expected. But honestly, it’s not that bad! This is 100% a mixer/cocktail bourbon for fans of Ancient Age or Benchmark but who love Barton 1792’s nuances. If you drink this neat, I don’t want you to think it will be the best budget whiskey you’ll ever have – apart from the thin mouthfeel and very present floral notes, it is surprisingly good.

Not sold in KY, Colonel Lee is obviously a Sazerac product, which states it is distilled by Barton 1792 on the front of the half gallon bottle, but has some recognizable qualities that are worth noting.

While writing this, I not only had it neat, but in a cocktail. It is rather sweet in the cocktail and adds a nice vanilla and banana note to some coke – for the money this is better than AA or Benchmark. It has a little bit of each to satisfy both customers – the only thing that it is missing is the cherry cola note of Benchmark.